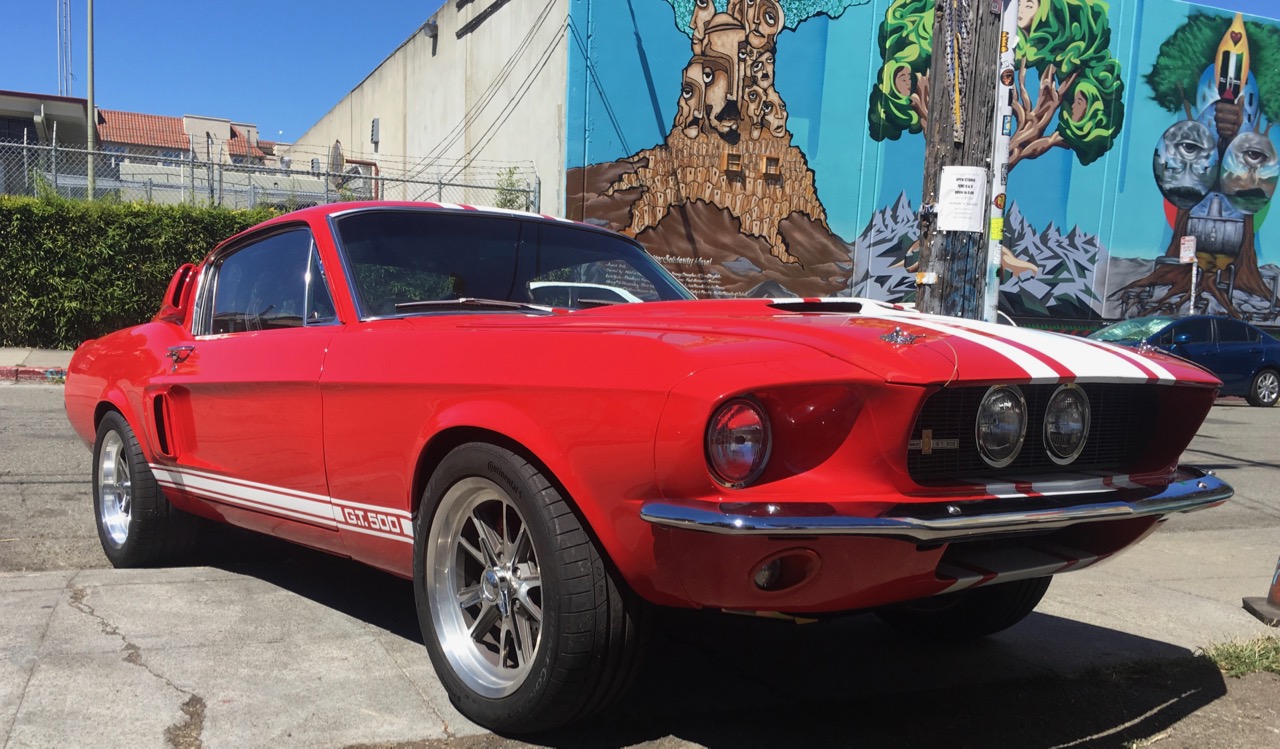 Shelby was commissioned by Goodyear Tires in 1967 to make a car fierce enough to test new rubber technology it was developing for the racing market. Shelby produced one car, a 1967 GT500 with upgraded suspension, brakes and with the Le Mans winning GT40 FE427 Aluminum block engine, and called it the Super Snake

The drive train was built and installed by the team at Mustang Corral in Grass Valley, CA, the 427 being bored to 454ci, along with NASCAR-grade pistons and ported Edelbrock heads, the car turns out close to 550 horses and a ton of torque! The body has been fully upgraded to the GT500 package and freshly painted with the same unique stripe pattern to the original Super Snake (thin-wide-thin stripes), but done white on red rather than the original blue on white colors.
Nearly everything on the car is brand new, including the majority of the interior (back fold down seats are original). New JME digital instrument cluster, TMI Pro-Race front seats, full aluminum dash/door inserts and Shelby style roll bar. Speakers installed in the back, however, the buyer can optimize the radio/stereo system to their desires.
Exterior components are all brand new and the frame has been X-braced to handle the additional torque created by the monster FE427 engine. Interior and final exterior details were completed by the master mechanics and body crew at Cowden Automotive in San Francisco.